Skip to content
We live in a world that feeds off crisis and negativity. Because of this bombardment of information, all organizations should be prepared with a PR department and a crisis communication plan to implement when negative publicity spins out of control. For some organizations, that is not just a one-time incident; it’s an ongoing trend.
At this moment, the world is focused on fraternities and sororities and their negative impact on society such as the recent tragedy at Penn State University. As a member of Greek life, I think it’s sad when the world around you perceives your organization negatively when members and chapters are actually contributing to society. Currently, I’m affiliated with one of these organizations and have become aware of the current PR crisis over the four years I’ve been a member. Greek life on college campuses has a desperate need for rebranding and a positive publicity intervention on a national scale.
From the outside, a negative opinion on Greek life is completely understandable. From reports of racist slurs to deaths from hazing, why would anyone support them? The concept of these groups is outdated, the highly-publicized partying is distasteful, and the systematic exclusive process of selecting members causes some campuses to go on “suicide watch” while recruitment takes place.
There certainly is a cloud of negative buzz surrounding Greek life … so much so that most people don’t know that $7 million per year is raised by members of fraternities and sororities for philanthropic causes. The Greek system is the largest network of volunteers in the U.S., with members donating over 10 million hours of volunteer service each year, as every fraternity and sorority chooses a philanthropy to support annually. For example, my sorority is partnered with Make-A-Wish. Since the start of this alliance, Chi Omega has raised more than $19 million and has volunteered nearly one million hours for Make-A-Wish. Similarly, Sigma Chi has donated $1,436,883 to the Huntsman Cancer Institute through Derby Days events and parties and has pledged to raise $11 million over the next seven years.
While analyzing the PR efforts of fraternities and sororities, I noticed some glaringly obvious mistakes that are easily fixable. First, all Greek life should be required to go through some degree of social media training. In today’s world, a drunken snapchat can turn into national headlines in an instant. Members of these organizations should be educated on the repercussions of damaging social media especially since today’s society seems to think that snaps disappear – when in reality all social media stays online forever. Secondly, the support of major philanthropies needs to be more evident. PSA to sorority girls: if you want to be taken seriously, perhaps it’s time to end the shallow recruitment videos and time to actively promote your contributions to society. With so many successful sorority members and alumni in the world, one would think there’s more substance to a chapter than a bunch of girls fake laughing, flipping their hair and waving. Similarly, fraternity members should begin to publically take pride in their charitable endeavors instead of treating their significant contributions as an afterthought to funneling beer and hazing pledges. Finally, in my humble opinion, the two most damaging PR blunders come in the form of websites. Yes, I’m referring to “Total Frat Move” and “Total Sorority Move.” These websites let contributing writers of the Greek community write terrible articles that often end in backlash or a slew of negative mentions in the press. In fact, most of the negative attention Greek life receives is due to websites such as these posting mindless content that only further perpetuates negative stereotypes.
I’d like to state I did not write this to hate on Greek life. As a Greek member and a budding PR professional, I see room for improvement. I long for the day where I don’t see stories in the news that make me cringe at the fact I’m associated with some regrettable actions of the Greek community. For the most part, I’m proud of my affiliation and hope that a more positive perception can be generated. Overall, I’ve gained so much from my time in a sorority … and with the right PR tools, the general population can gain more insight into the positive aspects of fraternities and sororities.
FacebookTwitterLinkedIn 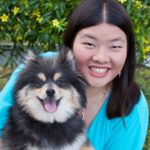 Congratulations to our Senior Account Executive, Wendy Hsiao, on becoming a UGA Alumni Association 40 Under 40 finalist! 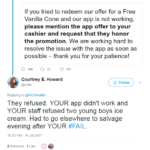 On Thanksgiving Eve, I Am Filled with Gratitude